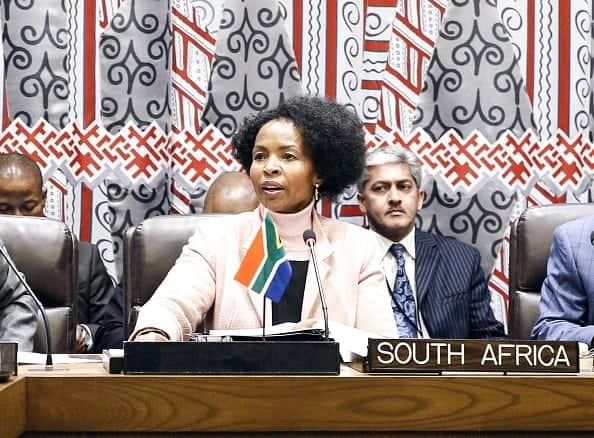 South Africa, which took over the rotational chairship of the emerging economies grouping Brazil, Russia, India, China and South Africa (BRICS), is set to host the 10th summit in July.

The summit, which is scheduled from 25 – 27 July at the Sandton Convention Centre, will see South Africa building on the programme of development and prosperity for partner countries.

South Africa says the summit, which will be attended by Heads of State from the grouping, will be an important milestone towards building stronger solidarity and cooperation among emerging markets.

“BRICS is an important global formation and South Africa is privileged to host the summit the second time around, as we enter the second decade cooperation. We have been meeting in summit form for nine years now and this will be the 10th session.

“The first summit we hosted in 2013 was very successful with very tangible outcomes and the results of that summit are visible in the work of the BRICS and the global community and we are confident that this summit will also follow suit,” DIRCO DDG of Asia, Middle East and BRICS Sous-Sherpa, Anil Sooklal, said on Monday.

He was speaking in Tshwane where the GCIS, Dirco and Brand SA hosted a communications roundtable discussion session on awareness around the importance of BRICS to South Africa.

The session was imperative as South Africa assumed the rotational chairship from China from 1 January to 31 December 2018.

Sooklal said the summit will showcase the cooperation that the countries enjoy, as well as its impact globally as they address key challenges faced by emerging countries such as developmental challenges, growing the economy, and addressing poverty and unemployment.

According to Sooklal, within the BRICS context, South Africa has four primary goals which are to see development and inclusive economic growth; promote value-added trade among BRICS countries and to promote investment into the productive sector.

There has been substantive progress achieved since South Africa joined in 2011, as seen for example in the launch of the Africa Regional Centre of the New Development Bank (NDB) in South Africa.

The formation has strengthened its cooperative mechanism for institutional development, most notably witnessed in the creation of the New Development Bank and the recently launched Africa Regional Centre in Johannesburg.

Trade between the countries

However, despite the depended relations within BRICS, Sooklal said there needs room for better coordination between countries in other areas.

“We need to get your academics, think tanks, the private sector, and our people to people dimension to work and organise themselves better and embrace the opportunities presented to them by being part of this formation.”

Already the South African government has been engaging the BRICS Think Tank Council in order to identify concrete areas of cooperation that South Africa can take forward during the country’s BRICS presidency in 2018.

A Network of Smart Manufacturing Hubs has been recommended and it is expected to pool together knowledge, technology and new ideas on the identification of new and interconnected value chains.