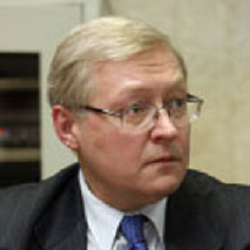 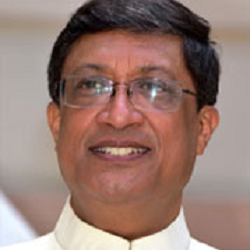 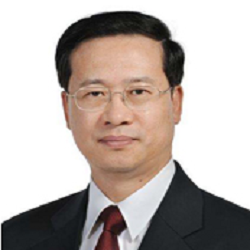 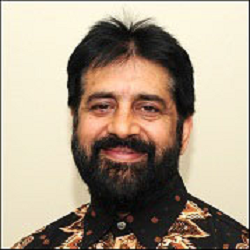 Sarquis José Buainain Sarquis holds a PhD and a MSc in Economics from the London School of Economics (LSE) and a BSc in Electronic Engineering from the Polytechnic School of Federal University of Rio de Janeiro (UFRJ).

In 1991, he joined the Foreign Service and during his career as diplomat he has held several positions in particular in the field of economic, trade and financial diplomacy. Sarquis has been in charge of economic negotiations and policy analysis, in the areas of international trade and investments, finance and development. He has been a delegate to several intergovernmental meetings and conferences at the OECD, the WTO, the World Bank, the IMF, and at the United Nations.

Prior to taking office as Secretary for Foreign Trade and Economic Affairs at the Ministry of External Relations (2020), he was the Vice-President for Risk, Research, Strategy and Partnerships of the New Development Bank (NDB) in Shanghai (2018-2020).

Sarquis has lectured and researched in the fields of macroeconomics, growth, development, trade, investment and

international finance. He was granted research prizes, such as the Gilbert de Botton Award in Finance Research.

Born in Resende, in the state of Rio de Janeiro, on December 8 1966, Sarquis is married and has two sons

Deputy Minister of Foreign Affairs of the Russian Federation Responsible for bilateral relations with North and South America, non-proliferation and arms control, Iran’s nuclear programme and Russia’s participation in the BRICS association. Born in 1960. 1982: graduated from the Moscow State Institute of International Relations (MGIMO) under the Ministry of Foreign Affairs. Held various diplomatic posts in the central office of the Foreign Ministry and abroad. 1995-1999: Head of the OSCE Desk at the Department of European Cooperation. 1999-2002: Senior Counsellor at the Embassy in the USA. 2002-2005: Envoy Extraordinary and Minister Plenipotentiary at the Embassy in the USA. 2005-2008: Director of the Department of European Cooperation. Since August 2008: Deputy Minister of Foreign Affairs. Holds the diplomatic rank of Ambassador Extraordinary and Plenipotentiary. Awarded the Order for Service to the Fatherland IV class, the Order of Honour and the Order of Friendship. Married, with two children

Dr Sookal also served as Chief Director for North Africa, Acting Chief Director for United Nations Political and Global Security Affairs and Head of the Department’s Parliamentary Office in Cape Town, and was co-ordinator of the substance team of the UN World Conference Against Racism, 2001.

He was appointed South Africa’s Ambassador to the European Union, Belgium and Luxembourg in April 2006 and completed his term of office in January 2012.